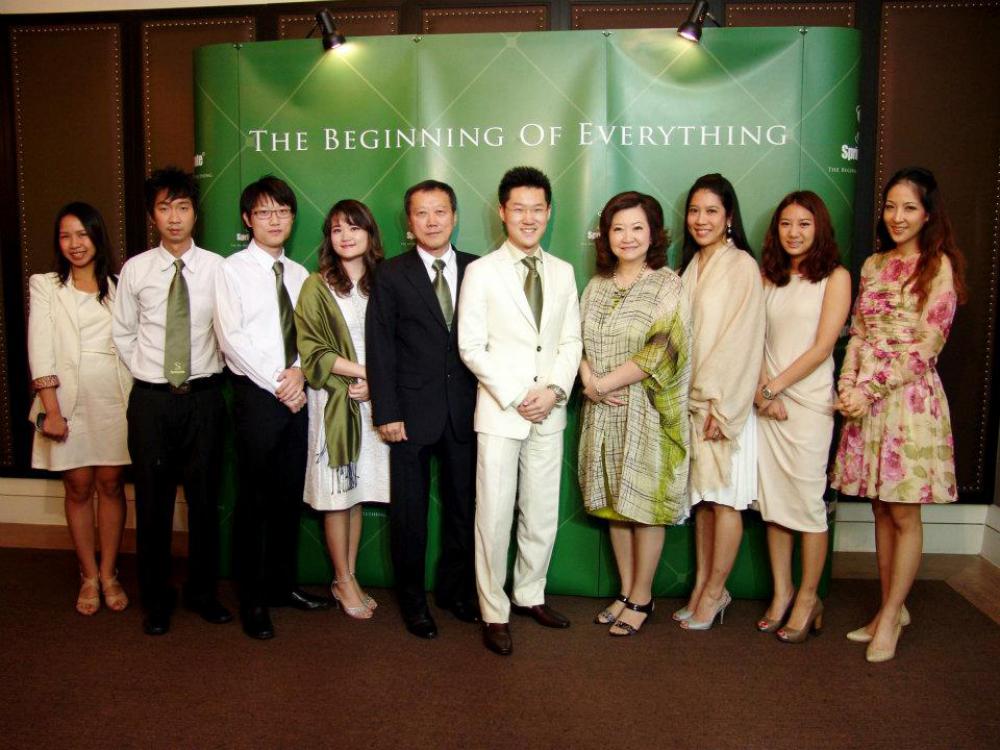 On April 3, 2012, Somphol Bedding and Mattress Industry Co., Ltd. (SPB), the manufacturer and distributor of Springmate mattresses and bedding, held its first ever press conference under the theme "The Beginning of Evertyhing: Breakfast in Bed" at The Residence, Grand Hyatt Erawan Hotel Bangkok, to celebrate its 20th anniversary and formally introduce Springmate to members of the Thai press.

The occasion was also used to officially launch Robbe & Berking, the world-renowned luxury silverware from Germany whose sole distributorships in Thailand, Laos, Myanmar, Cambodia, Vietnam and the Maldives the Company obtained in August 2011, to the media.

The theme "The Beginning of Everything: Breakfast in Bed" was based upon one of the key concepts of Springmate: To be the beginning of great things in the lives of its clients. Having a wonderful breakfast in bed after a good night rest is an apt symbol for the beginning of a great new day.

In addition to members of the press, the Company also had the honour of welcoming the Honourable Vararom Jumbala, Sunansa Nithivasin and Unawan Tangkaravakoon, all of whom came to share their thoughts on how to rest well and live healthily to the media.