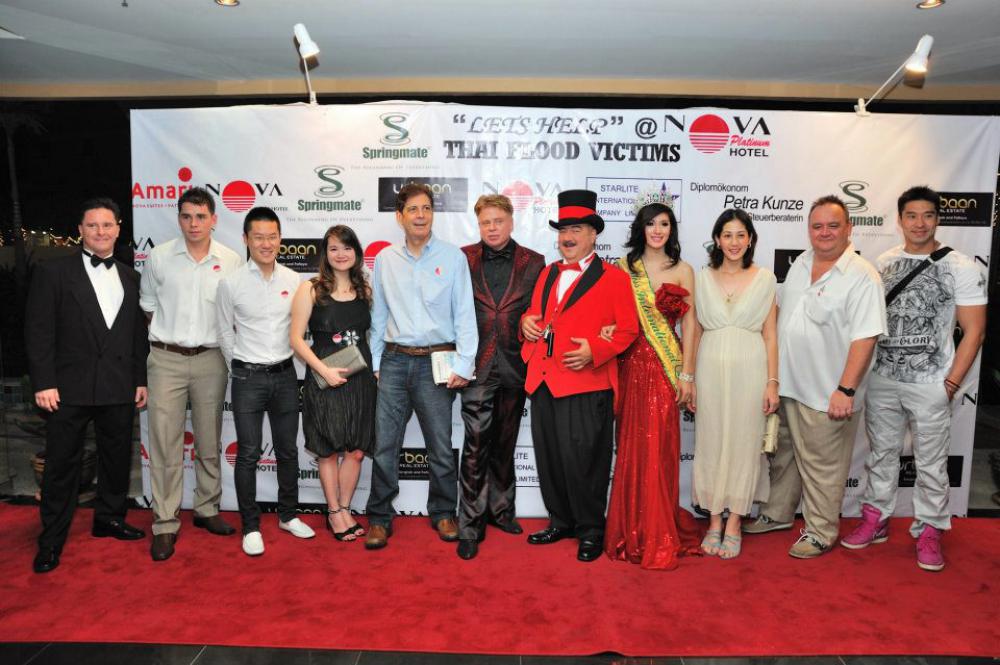 Springmate had the pleasure of supporting Nova Platinum Hotel Pattaya in organising the "Let's Help Thai Flood Victims" charity party at Nova Platinum Hotel Pattaya, Pattaya, Thailand, on November 11, 2011. The 200 guests who attended the event were treated to an international buffet dinner and a wide variety of colourful performances befitting the vibrant spirit of the City of Pattaya, including a magic show, Tiffany's Shows and martial art demonstrations. The stunning Miss International Queen 2011, Sammy Sirapassorn Autthayakorn, also made an appearance.

The 350,000 baht (approximately 11,340 US dollars) raised by the event, of which 50,000 baht was contributed by Springmate, was used to help victims of the Great Flood in the Central Plain of Thailand through projects organised by the ONYX Hospitality Group in cooperation with the Raks Thai Foundation.